Home›Destinations›Europe›Croatia›Do's and Don'ts For Travel in Croatia

Disclaimer: the opinions expressed in this post are not my own, they are from the previous owners of this blog. I haven't visited Croatia myself, so I can`t comment on them. Everyone is entitled to their own opinions and I welcome the discussion, as long as the comments stay friendly and polite.

Croatia was one of the most difficult places we've travelled to. My first draft of this post was a bit less forgiving, but then we went to Korcula and the people became friendlier, the weather cooler and the beaches more inviting. I realized that for as many unfriendly, unhelpful people as there are working in the service industry, there are just as many kind, welcoming and hard-working people who are ready to show you a good time. Chatting with our friendly taxi driver in Zagreb, we caught a different perspective. "People in Croatia don't like to work," he said. "Sometimes the wages are so low that you don't have the will for a smile." 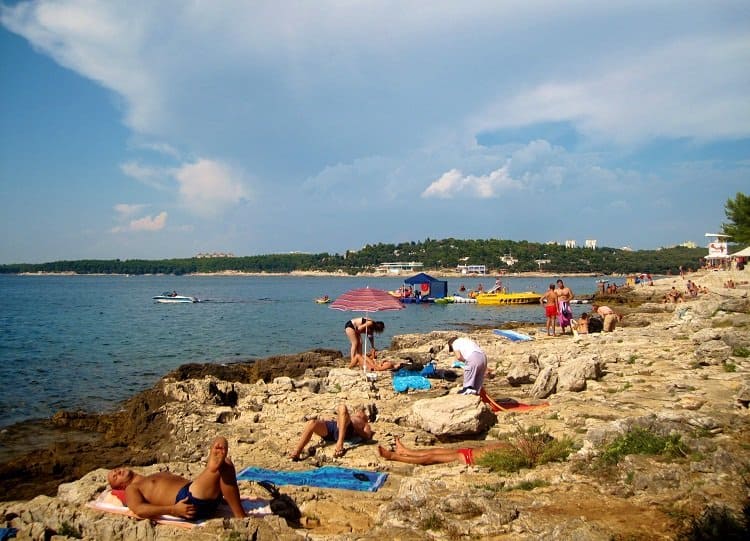 Holidaymakers soak up the sun on a beach in Pula.

I don't know what to say to that. When I'm travelling in a country I take notice of the socioeconomic conditions. I've travelled to poor regions before, none poorer than Bolivia. And everyone there had a genuine smile on his or her face. Thailand was also full of friendly people, despite the fact that many of them live in substandard housing and I saw a few bathing in the Chao Phraya River.

Economically Croatia is nowhere near as poor as these two examples. Perhaps they feel so because of their proximity to the Schengen area countries? Is this a good excuse for such consistently rude, unwelcoming behaviour to visitors? I'd love to hear from other readers on this issue.

Those who keep up with us on Facebook and Twitter may know that we cut our time there short by two weeks. Croatia is a very beautiful country and we didn't even get to some of the most attractive cities and areas. It isn't cheap, however, and we're celebrating our one-year wedding anniversary this month. We don't want to deal with unfriendly people and a lot of nonsense. But I want to be helpful and for visitors to have the knowledge to make the most of their time. Here are my do's and don'ts for exploring and preparing for your Croatian adventure so that you can have hopefully have a better time than we did.

DO Choose your accommodation carefully

Yes, you can stay in a hotel. But you'll pay a lot more money and have a much more impersonal time than if you go on a site like HostelBookers and find an apartment. We stayed in two: one in Pula and one in Korcula. These had amenities like satellite television, free wireless internet and kitchens. At Nina we had an entire apartment to ourselves with our own kitchen, air conditioning and a table. Both times we were hosted by kind families who did our laundry, made us breakfast, gave us tips on what to see and do and we got to experience the local people. Our hotel experiences were nowhere near as nice. In Zadar we were yelled at as we checked in because the woman hadn't bothered to check her email from the online booking site we used. In Rab we left three days early because our tiny hotbox hotel room had mosquitoes and their idea of a sea view room meant you had to stick your head out the window and look around the corner. 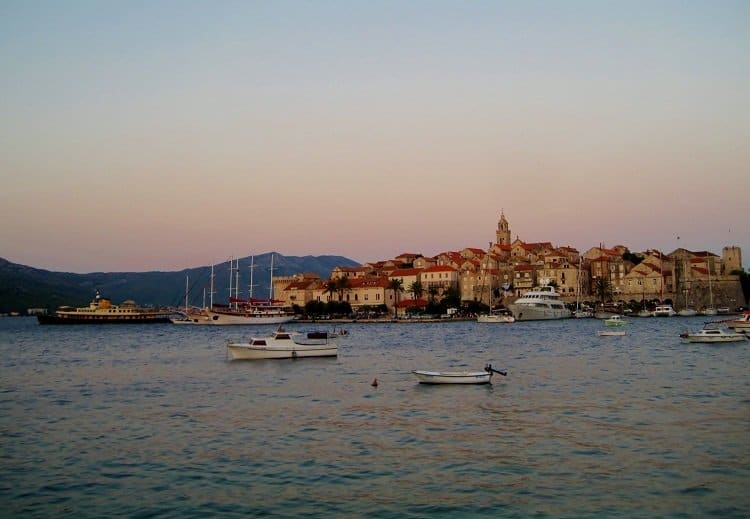 Our favourite spot in Croatia was Korcula. This is a view of Korcula Town from the water.

You might be blown away by friendly, attentive service at a shop, restaurant or hotel, but let this be a pleasant surprise rather than an expectation. Croatians don't exchange the normal pleasantries you might be used to elsewhere in the world (unless they know you and then they'll chat for twenty minutes while the rest of the customers stand there waiting to be served) and quite a few of them just have no idea how to assist someone with questions. On a positive note, everyone speaks at least a little English so you'll have no problems with language barriers. Even the tourism office is no guarantee. When we visited the one in Rab we were trying to get to Split. "Good luck," said the guy behind the counter with a straight face. It was only after I outlined the options we'd already researched and became frustrated about the fact that we'd come to him for help (the old, 'you're the expert, if you don't know who does?' trick) that he finally became helpful, even friendly in the end. Which brings me to my next point.

Our itinerary included the islands of Rab, Brac, Korcula and Hvar with plans to stay three to five nights in each place. We thought it would be a breeze to get from one to another. Wrong. Each journey involved about three legs even if the islands seemed close. Ferries don't run from one island to the next with any regularity. In most cases you have to take a ferry (or two) and then a bus to your destination. The hubs are Rijeka, Split and Dubrovnik with connections from some of these requiring careful timing. Most of the ferries are run by Jadrolinija, but smaller operators do exist. We had some long travel days and probably would have been happier choosing our favourite island and staying there the entire time. How do you know which island you'll like the best? You don't until you visit. For us, Korcula was the best, but this may be simply because of the experiences we had there. It's the gastronomic island, with great food, nice beaches and a pretty little town. Rab was our least favourite and isn't really suitable unless you have a boat. Many people swear by Hvar but it's the most popular and can be very expensive. We ended up forgoing travel there so we could enjoy more time in another country. 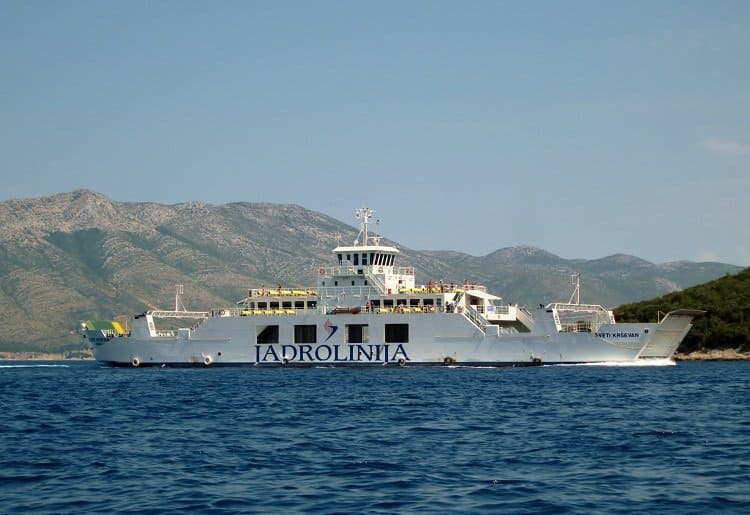 Jadrolinija runs most of the ferry services in Croatia.

DO Bring the right gear

Croatia's beaches are not the sandy affair you might be used to. While sand beaches do exist, most of them have pebbles or sharp rocks, so purchase some reef shoes. Don't um and ah about it: it will make the difference between skipping happily into the water or wincing as you tiptoe for fifteen minutes out to the deep part. You'll also probably want some snorkel gear and a beach towel as even the more expensive hotel we stayed at in Supetar didn't provide these. Hats and sunscreen are a must.

This was probably our biggest mistake. It's stinking hot, teeming with German and Italian tourists (which is fine but you might get tired of constantly being addressed in German when you're speaking Croatian or English) and many locals are absolutely sick and tired of foreigners. I suspect this was our biggest foible but, unfortunately, this was the only time we had this year to visit. Everything is more expensive, more crowded and more aggravating. Even if the door of the establishment has the Mastercard and Visa logos on the door and even if you see the credit card machine sitting there on the counter, don't assume that your card will be accepted. We came across more 'cash only' businesses in Croatia than anywhere in South America. And bring plenty of money in general. The only bargains are beer and transportation.

DO Enjoy the nice local food

We didn't have a bad meal in Croatia. From delicious grilled meats to fresh seafood to excellent Italian dishes, you can't go wrong with restaurants. For those with a sweet tooth, you'll find a gelato shop every 50 metres and bakeries have excellent pastries and desserts. In general, 'caffes' serve coffees, ice cream and specialty drinks while restaurants and takeaway shops have the food. Diversity is not common - restaurants of a similar type will offer pretty much the same menu and we didn't find much in the way of international cuisine. Be sure to try cevapcici and the delicious fish such as Sea Devil, which is like monkfish.

Our favourite restaurants were: DO Be prepared for some shocks

Some things might truly surprise you, especially if you've never visited the Balkans before. People sound more aggressive when they speak and it takes awhile to realize that they aren't yelling at you. In Pula we sat through a dinner across from a pregnant woman in her third trimester smoking cigarettes and drinking beer and no one besides us was batting an eye. On a beach in Supetar I was taking pictures of the sunset when a local started throwing rocks at me because I was unknowingly in the way of his photos. Never mind the fact that there was a whole empty stretch of beach to his right. When John came over to tell him to stop, the guy became even more aggressive and grabbed his arms, pushing him away. After we went back to our table their teenage daughter followed up by giving us the finger repeatedly, making faces and yelling obscenities at us. The owner of our hotel told us that some people are a bit crazy because of the war, but that was just too crazy for me. I'm sure many people travel to Croatia and have a positively wonderful experience. The locals we met who weren't in the service industry were lovely people, so please don't take this review as a commentary on Croatian people in general. It's always nice to feel welcome in a country when you're travelling, otherwise it can be a challenge to stay somewhere for a long time. For us, it was just too aggravating to justify the cost of being there. Sometimes beauty just isn't enough.

Have you visited Croatia? What are your top tips? Istanbul is Larger Than Life

There is A HUGE DIFFERENCE between southern and northern Croatia mentality. I tell guests to spend ONE DAY in Dubrovnik just to see the beauty of it

why would anyone want to go there

Totally agree with the comments made about the abrupt attitude of the Croatian folk. Even on a booked trip with a local company you get a feeling you are completely on your own ! There is no warmth in their approach. A beautiful place however and I will return one more time, but don’t expect a warm welcome from the locals.

I’ve been to several continents and many different countries. My bad experience with apathetic and uncaring Croatian service people started with Air Croatia losing my luggage. I filed forms, went through all the proper procedures and followed up over the next few days. No response and no attempt to provide any information. I got stuck in Zagreb paying hundreds of dollars, waiting by my phone for responses, going to the airport and being as proactive as I could. Nothing but wasted time and money. During that time I experienced the coldness, suspicion and blatant rudeness service people in Zagreb exhibit… Read more »

In my experience this is 100% accurate. I have found most people working in the service industry to be unbelievably obnoxious also