…But Maine Lobster Is Amazing Too

I'm not going to lie. Dreams of eating delicious lobster were definitely one of the primary driving forces that caused us to take our big summer holiday in Maine. Fresh lobster is everywhere and we didn't gobble up nearly enough on our trip. 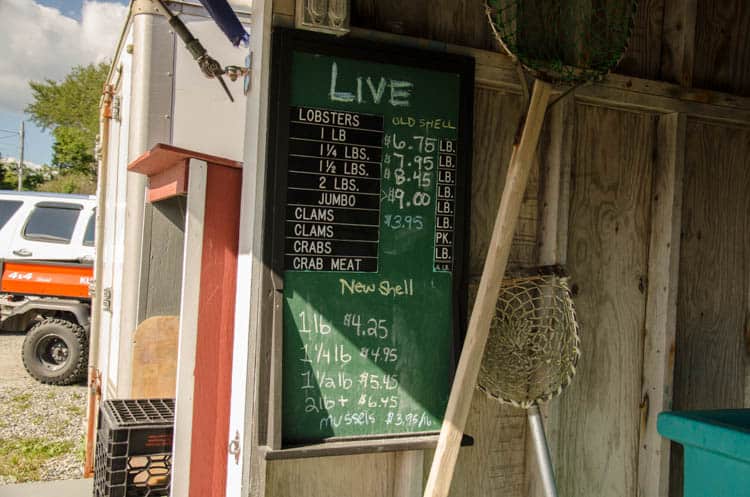 One of the most endearing things about the lobster is the price. Head to a restaurant anywhere else in the country and you can expect to pay perhaps $80-120 for a lobster tail. In Maine we sat down to 2.5 lb lobsters (each) and, with side dishes, walked out with a bill of less than $70. The prices vary, of course, but you'll be able to afford the lobster experience in Maine. With the warming of Maine ocean water, the population has not been kept in check, which has meant a glut of lobsters at reduced prices. It's easy to try lobster at one of the many lobster shacks along the coast. Just tell the staff what size lobster you would like to enjoy and they will do the rest. Choose your side dishes and beverages and then head to the seating area where you'll join the other lobstah' lovah's. Eating these delicious creatures is easy once you know the technique. First, hold the lobster from the back and twist off the two large claws at the first joint. Remove the joints from the claws. Use the nutcracker to crack the claw and joint pieces, using the pick to remove the meat. Dip in butter as you go as desired. When you've eaten all the juicy, delicious meat from the claws, it's time to move on to the tail meat. Hold the back of the lobster firmly with one hand and the tail in the other. Twist gently to separate. Remove all the green and red waste material from the meat (it's called tomalley and it's full of mercury and other toxins that you don't want to eat). Then lay the tail sideways on your plate, curling it in a circle. Use the heel of your hand to press down on the tail until you hear crunching. This will make it easy to pull the shell off the tail. Hold the tail with the underside facing you and pull at the sides where the legs are to open the shell. Now you get to enjoy the fun part: eating the succulent tail meat. Hopefully you haven't run out of butter yet! When you're finished you can extract the meat from the legs and smaller claws by biting down on the pieces and using your teeth to squeeze the meat out. The lobster shacks have some other items on the menu besides just whole lobsters. John first tried a lobster roll but decided that there just wasn't enough meat there to satisfy him. So he stuck to whole lobsters from there on out. Many of the lobster shacks will ship lobsters anywhere in the United States so if you haven't had your fill you can always take the number of your favorite shack and order them from home! We only ate five between us during our time in Maine and I know that wasn't nearly enough. Have you tried Maine lobster? There’s More To Maine Than Lobster… Having some Maine lobster sounds delicious! Funny about the bib! Thanks for sharing!

I almost never order lobster because while I like it, I don’t like it enough to justify the price. When we were in Cuba, it was so cheap that I think I ate it 5 times in 8 days, and I loved it – sounds like I should head to Maine next time!

I could eat it every day – so yummy!

I think I’ve only tried lobster twice, and I have no idea where it was from. I don’t like the idea of how messy it is and how much work it takes to get into it, but I might have to give it a try again one of these days. Definitely looks delicious! Also, I love how your photos show it being served with a bag of Lays potato chips, the mix of fancy and simple!

I think the work is worth it for the reward – so tasty!

I loved, loved, loved the lobster, and I won’t eat it anywhere else that doesn’t catch it fresh after my trip to Maine.

I agree – I usually only see previously frozen tails in the shops. Thinking we might have them shipped as a treat one day =)

The art of eating a lobster. I was just in Boston and they served Maine lobsters everywhere and they were sooooo good.

Ahhh – we didn’t see any lobsters in Boston – but we were only there for a day. So yummy!